Most people in Texas know a couple who say something along the lines of, “We’ve lived together for so long, we are considered common law married.”

But what exactly does that mean – and are they really considered married in the eyes of the law? In Texas, common law marriage is treated as an actual marriage.

Here’s an overview of common law marriage in Texas, including myths, misconceptions, and answers to frequently asked questions.

What is common law marriage?

Common-law marriage, also known as an informal marriage, is recognized as a legally valid marriage even though the spouses didn’t have a ceremony or obtain a marriage license. For a couple to be common law married, certain legal requirements must be met.

How long do you have to live together to be considered common law married?

There is a myth that if couples live together for a certain amount of time, they are considered common law married. This is not true in Texas – or anywhere else for that matter. Common-law marriage has nothing to do with how long a couple has lived together.

How do you establish a common law marriage in Texas?

There are two ways to establish a common law marriage in Texas. The first avenue is for the couple to sign a “declaration of informal marriage” with the county clerk’s office. Once signed, you and your spouse are considered married for legal purposes.

The second way, which takes a bit more effort, is to prove three elements, which are outlined in Section 2.401 of the Texas Family Code. The parties must:

Let’s break down how to fulfill all three requirements.

1. Agree to be married

While an agreement that has been written or verbalized in front of witnesses is best, the State does recognize tacit or inferred agreements. In other words, the court will consider things such as using your partner’s last name, making them a beneficiary on a life insurance policy, filing joint tax returns, or making joint purchases. However, it’s important to point out that any tacit agreement will be more highly scrutinized due to the rise of couples who are cohabitating without being married. Additionally, these agreements are often more difficult to prove that they were mutual, especially if one party attempts to refute it.

2. Live together as husband and wife

To fulfill the living together requirement, the couple must cohabitate in Texas as spouses. As stated earlier, there is no requirement for how long the couple must live together – it could be seven months or seven years. What’s important is that they maintain a household together and do things associated with being a married couple.

3. Hold themselves out as a married couple

In order to establish a common-law marriage, the couple must hold themselves out to others as husband and wife. This can be achieved in two ways: reputation and declaration

Reputation is the belief by the couple’s community that the couple is married. The community, in general terms, is their friends, family, and others who know the couple. Testimony by these people may be used to show that the couple represented to others that they were married.

Another way to prove the couple is holding out to the public as married is by the declarations they made. These declarations can include, but are not limited to:

When it comes to declarations, the court is looking for consistency. For example, if a couple is only declaring themselves as married on forms when it is beneficial to them – and not when it could be a detriment – the court would be less likely to find that the couple is adequately representing to others that they are married.

What is not considered common law married in Texas?

Why does it matter if a couple is common law married?

If a common law marriage can be established – either through the declaration of informal marriage form or by proving the three elements – then the spouses hold all the same legal rights as a couple who have a marriage license.

These rights can be important throughout the marriage and in the event of a death or divorce. If a couple who has an informal marriage separates, they have the protections that come with the dissolution of a traditional marriage such as responsibilities of the parties to pay off joint debt, child support, or treating property acquired during the marriage as community property.

No, less than 20 states recognized common law marriage. Texas happens to be one of them, but as you can see, it takes more than just proclaiming to be common law married. Certain legal requirements must be met. J. Turner Thornton
Benson Varghese is the founder and Managing Partner of Varghese Summersett PLLC. He's been named a Super Lawyer and a Top Lawyer by Fort Worth Magazine. Terminating Child Support in Texas: When Can I Stop Paying? 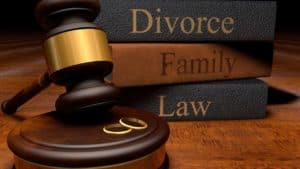 Last Updated on August 11, 2022 by Turner Thornton If you are considering divorce, or have already started the process, you probably have a ton Last Updated on July 13, 2022 by Benson Varghese In Texas, the divorce process is officially over when a judge signs the final decree of